With some COVID precautions still in order, Sarracenia conducted a limited-participation field trip in the Ochlockonee River corridor in Apalachicola NF in Wakulla County. Ten FNPS members walked through old cropland to reach the abrupt and heavily forested  back bluffs of the River. We had our eyes out for the endangered Ashe magnolia tree in its flowering time.

The bluffs are highly scenic, with trees of fine quality in diverse species. And, sure enough, the Ashe magnolia with its extravagant leaves and flowers proved to be among them. Our census of the magnolias in the reach of our two walks of the morning tallied 27. In the photo below, the group beholds one of them.

Hues and Tones: The Pinelands in Fall

Sandhill Wildflower Hike in the Time of COVID

On September 26th ten members of the Sarracenia Chapter enjoyed a two hour hike through recently burned sandhill habitat. The site, near Medart, Wakulla County, is part of St. Marks National Wildlife Refuge. Advance planning allowed for appropriate physical distancing. When species of note were encountered, they were marked with colored flags so participants could get a close-up look with plenty of free elbow room.

Hikers included newly retired folks making their first visit to this habitat type, long-time chapter members, and owners of sandhills of their own, familiar with the flora and maintenance of this habitat. The pace was a comfortable stroll on a beautiful, dry, not-too-hot morning. In addition to the characteristic scattered pines and oaks, we saw well over three dozen wildflower species, all in flower or fruit. Stands of blooming blazing-star were most impressive, including the endemic and endangered Godfrey’s blazing-star (Liatris provincialis) in patches like one shown below. We learned about wiregrass, seedling long-leaf pine, and the importance of frequent fire in sandhills. Retired university mycologist Tom Dolan contributed mushroom identification and ecology tips.

Sarracenia's Bonnie Basham Takes the Reins as President of FNPS

Sarracenia's own Bonnie Basham became president of FNPS, with its 37 chapters through the length and breadth of Florida, in the general meeting of 2020 held online on June 6. Bonnie had been made president-elect in the FNPS general meeting in May 2019 after serving for two years as Sarracenia's president. We look forward to a rare privilege of frequent in-person association with her in her two years now underway as FNPS president. Bonnie is pictured above in her gardens in Leon County.

Bob Thompson and camera go to Apalachicola Nat. Forest for 2020 spring wildflowers -- gallery below -- all images courtesy of Bob 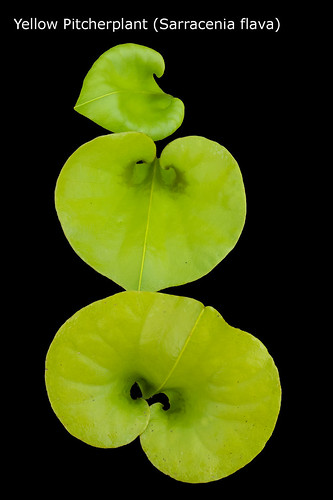 Major assistance by the Sarracenia Chapter has attended each step as the small City of Sopchoppy (Wakulla County’s largest) has gone the native way in the 2018-19 landscaping of its new Depot Park. On two planting Saturdays in November 2018, after the City’s large expenditure for native-plant nursery stock, Chapter members and many other citizens turned out. They installed some 575 individual native plants, ranging from trees like longleaf pine and southern magnolia to herbs like Coreopsis and milkweeds, following a professional landscape design.

Mayor Lara Edwards provided the impetus for the native motif and reached out to Sarracenia. The Chapter’s Lynn Artz, former Wakulla County Commissioner and champion of native landscaping at several County-owned sites previously, took up the challenge to marshal various forces for the Sopchoppy project. Chapter leaders, with use of their experience and the plant-finder tool on the FNPS website, provided a list of nearly 50 candidate species of native trees, shrubs, vines, and herbs appropriate to the site. Ms. Edwards, Ms. Artz, and Sarracenia leaders held a series of meetings with local landscape designer Betsy Smith to vet species and envision the layout.

Among noteworthy features of the gardens is the use of several Florida-endemic species whose extremely small global ranges happen to include the Sopchoppy vicinity, and the use of six milkweed species.

Join FNPS and the Sarracenia Chapter

Native landscape plants for our area

Visit FNPS.org for many useful tools